In 2018 we found ourselves having inspiring conversations about rave culture, its origins and its influences. Having lived through its original heydays in the 90s – alive to see it, but sadly too young to really touch it – there was admittedly some sense of nostalgia there. But we also felt that there was a timeless universality in the ritual of raving, something primal, that had solidly lodged itself into our modern lives. 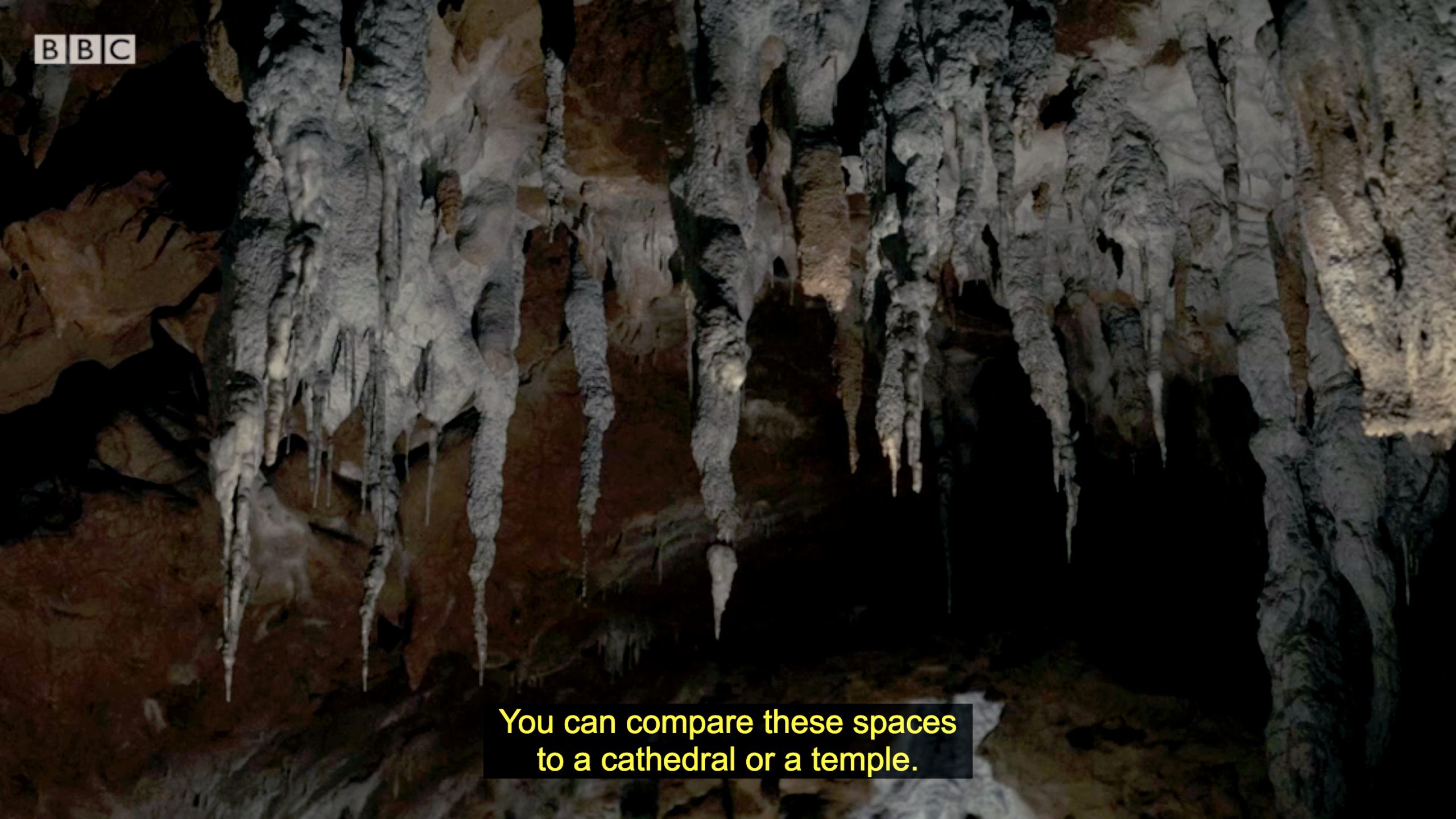 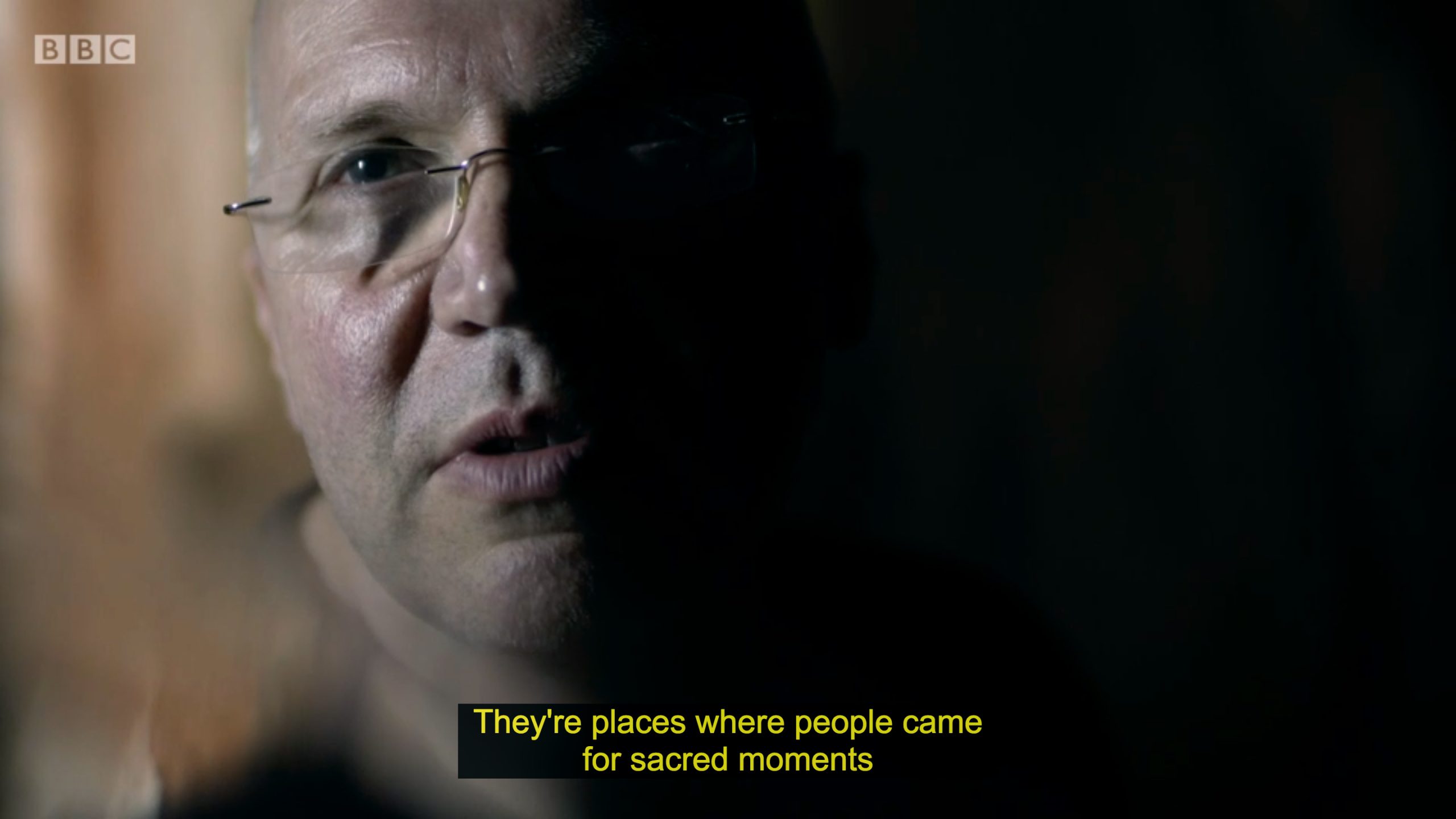 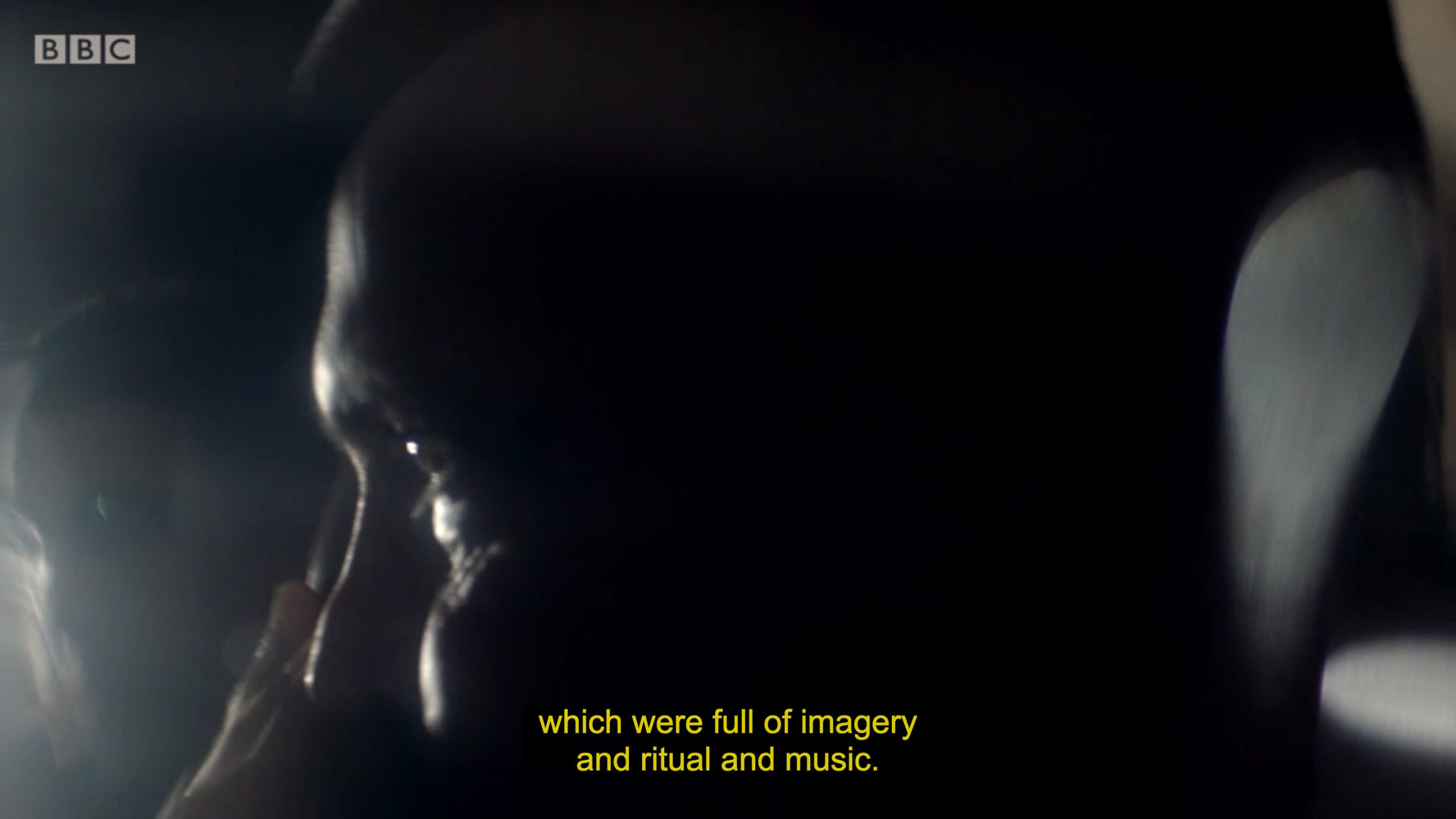 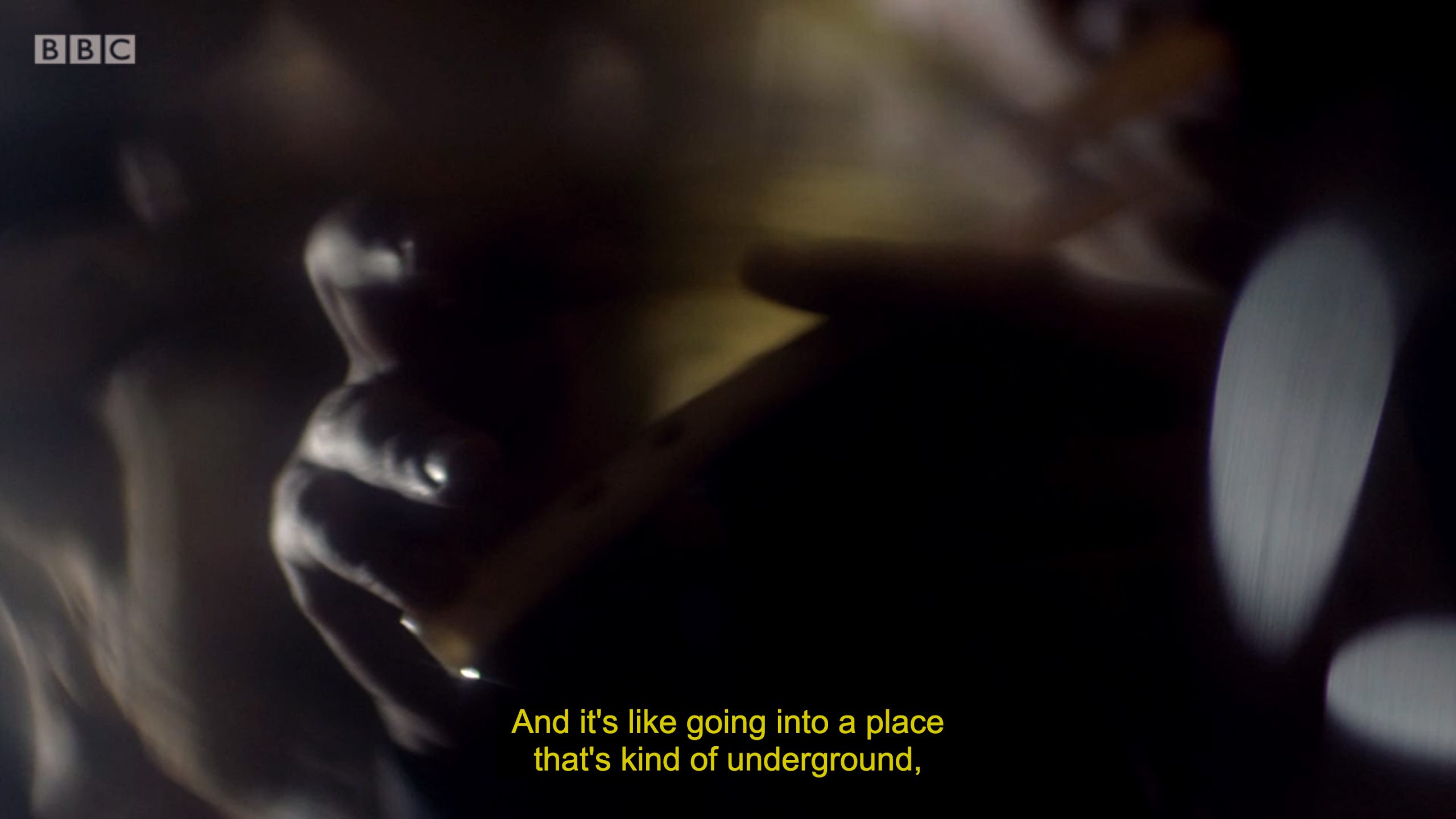 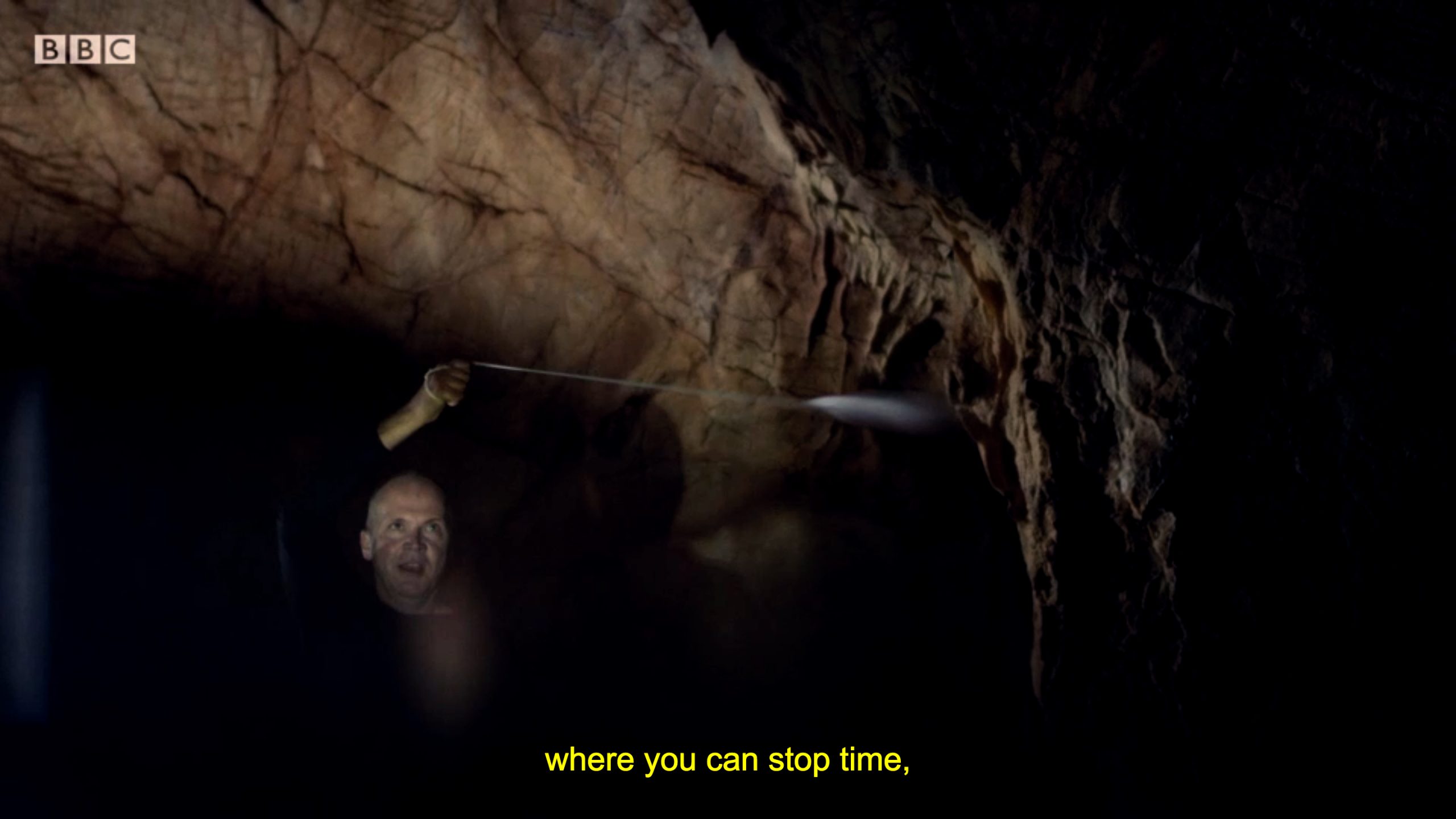 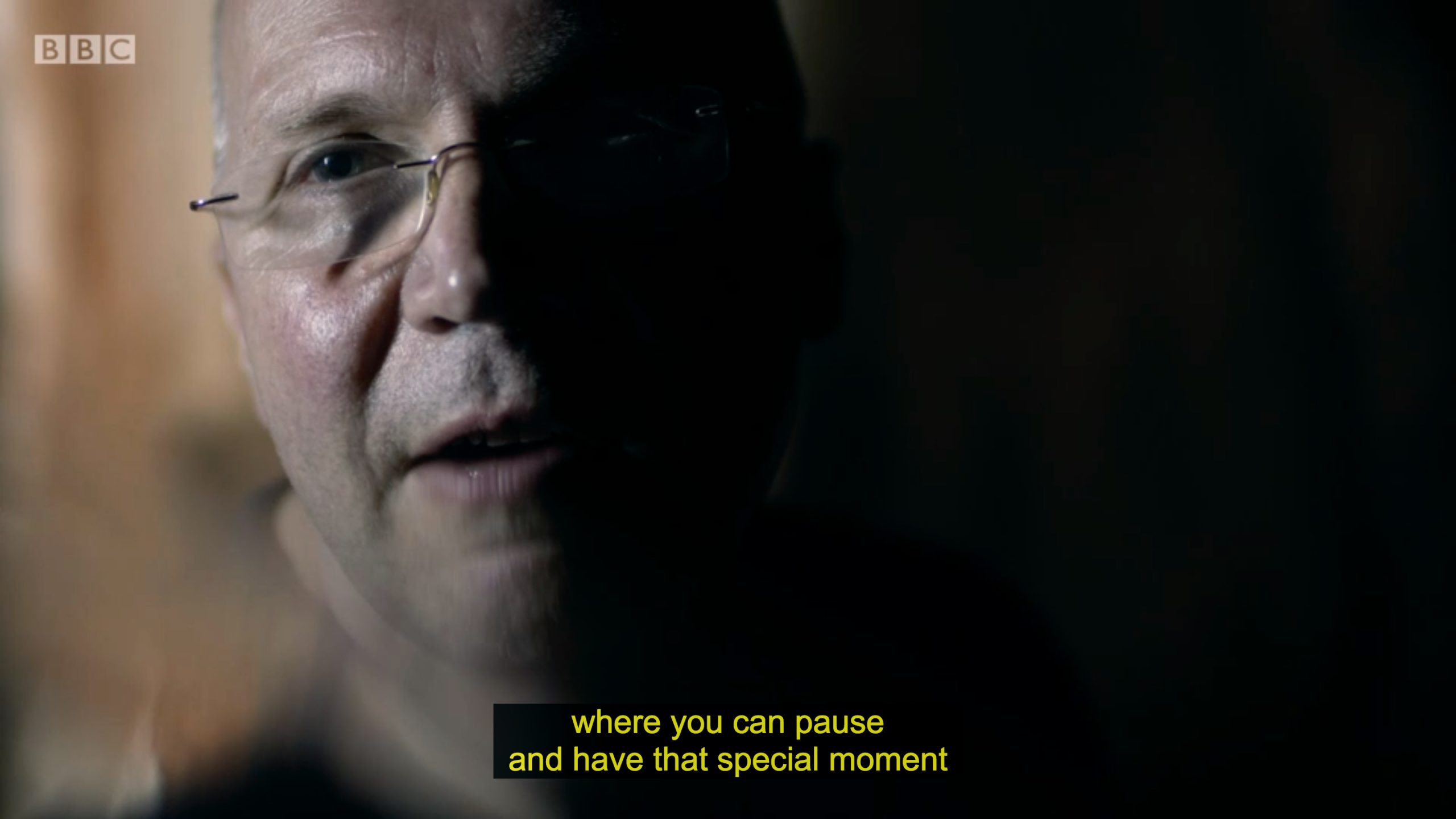 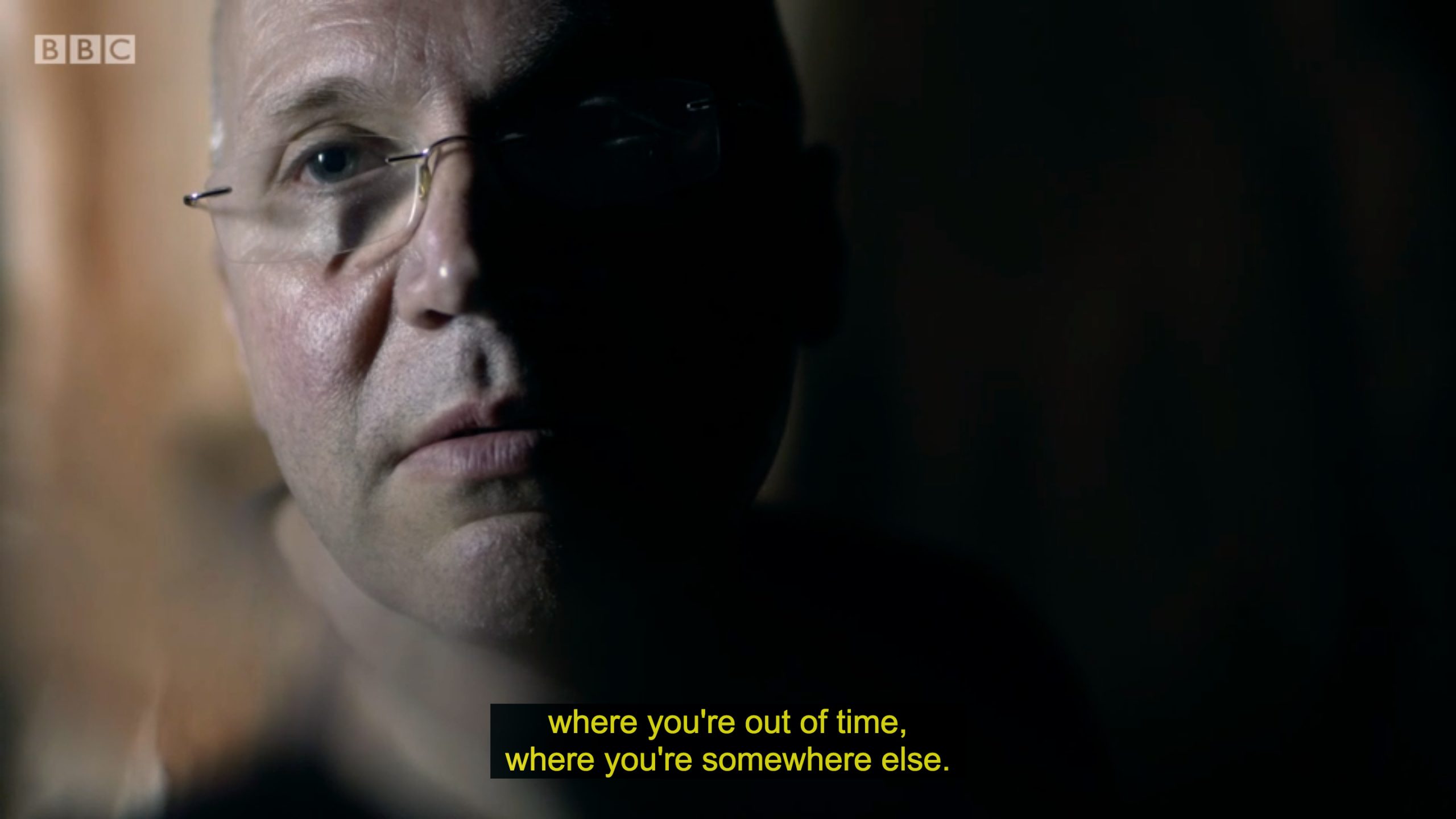 The interest to explore this topic grew into a full blown research effort, culminating in a project titled (RAVE LABEL). As we analyzed rave’s trajectory into our modern lives, we explored its many musical and esthetic modes of expression, we scoured the web for materials and footage, revisited long forgotten tracks, read books and scientific publications. Find some of that research in this Are.na channel. We also realized that the best way to communicate the story of rave and rave culture was through a rave.

Step one was starting a hotline and spreading its number. It was given to friends and friends of friends, printed on a business card and spread around Amsterdam. The visual identity was kept as minimal as possible, the logo being a smiley. At the venue itself the esthetic was also kept minimal. A4 papers were spread around with short texts describing several key concepts of rave culture. Mesh sheets were hung and projected on with real time footage of a dancing crowd at a legendary rave in the 90s. 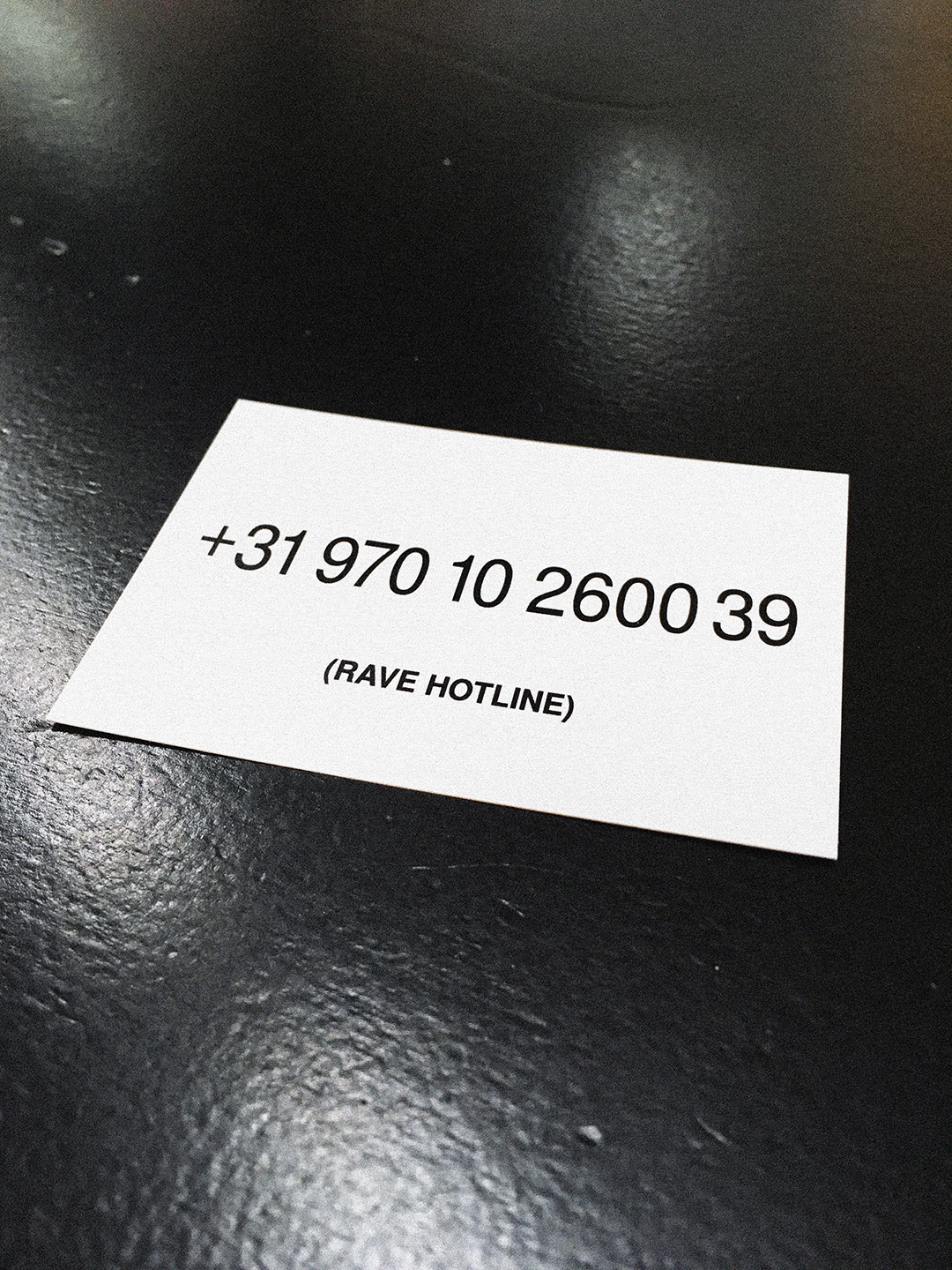 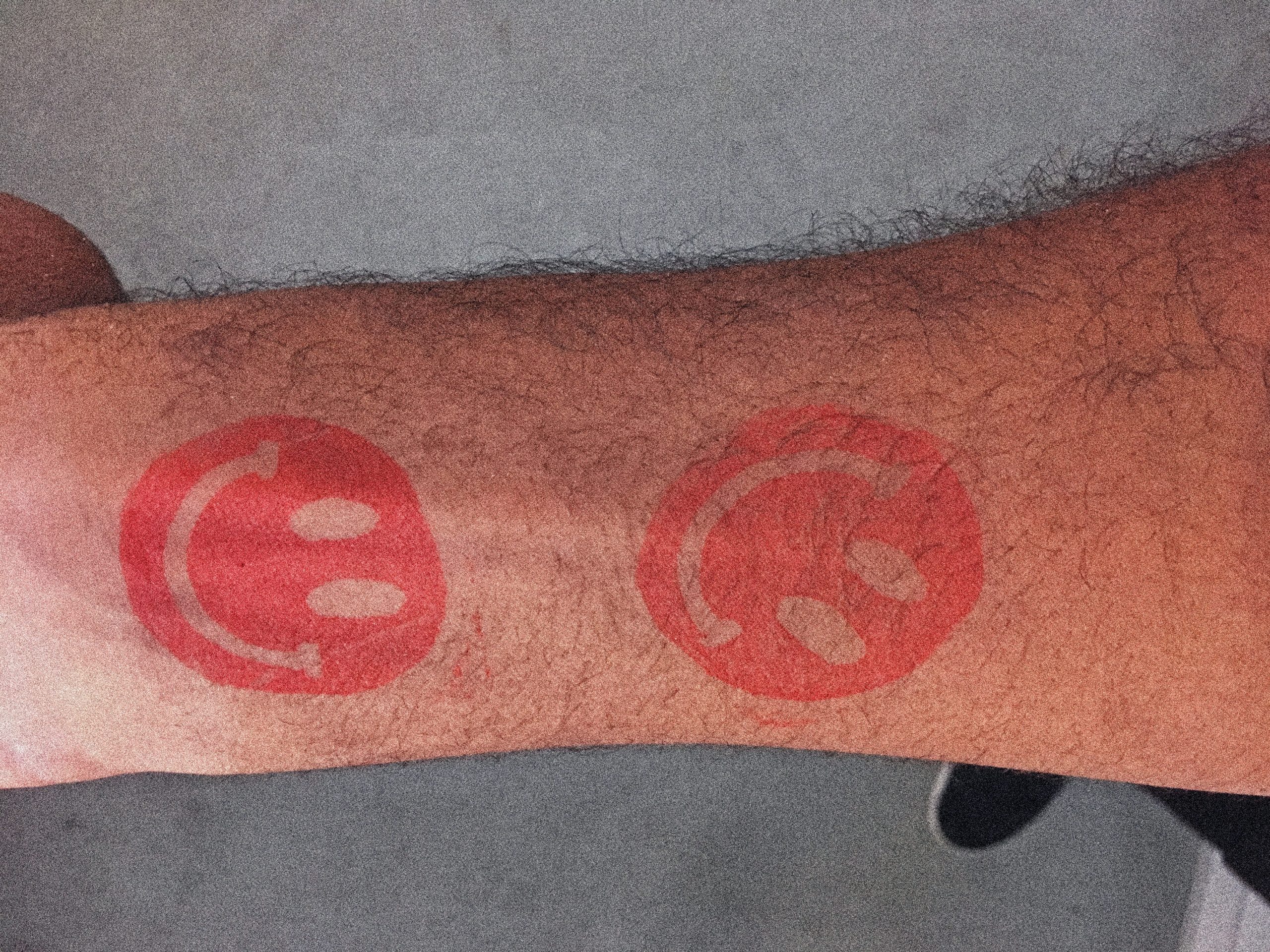 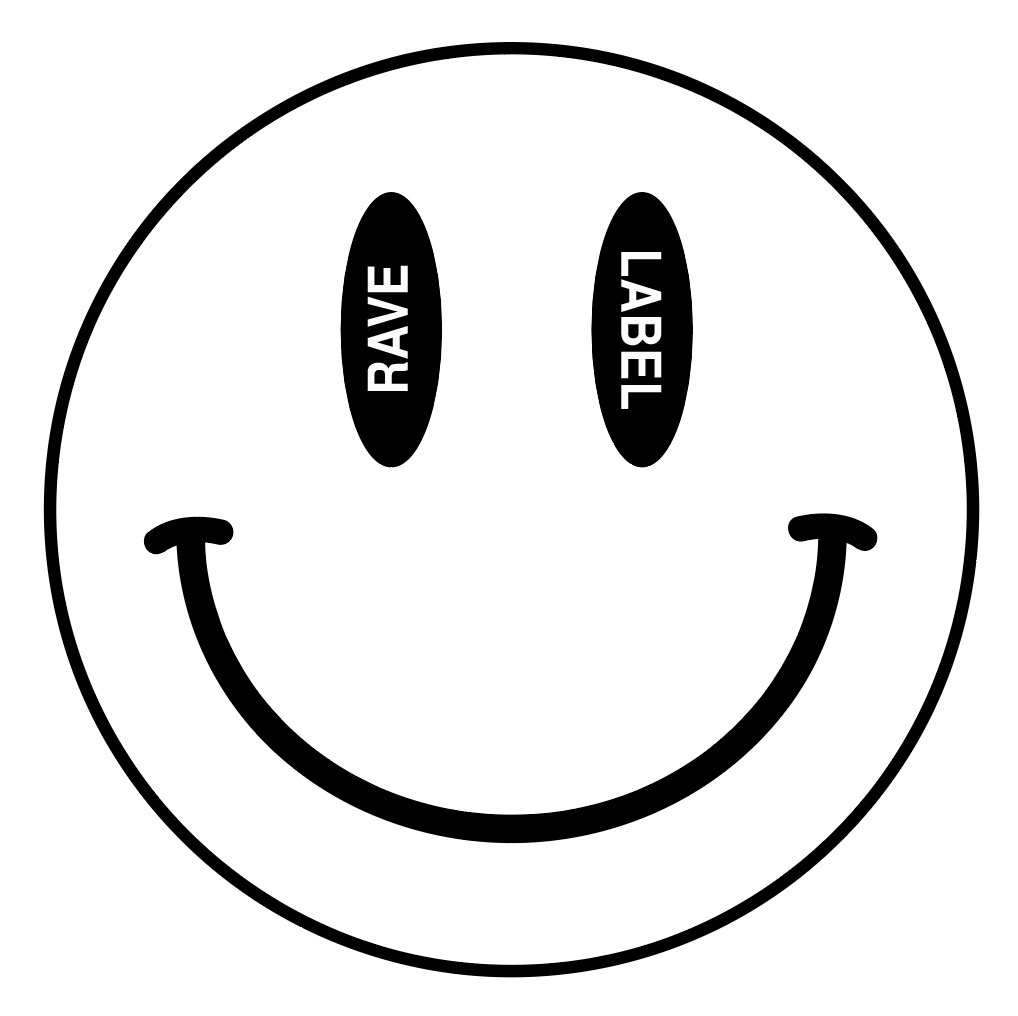 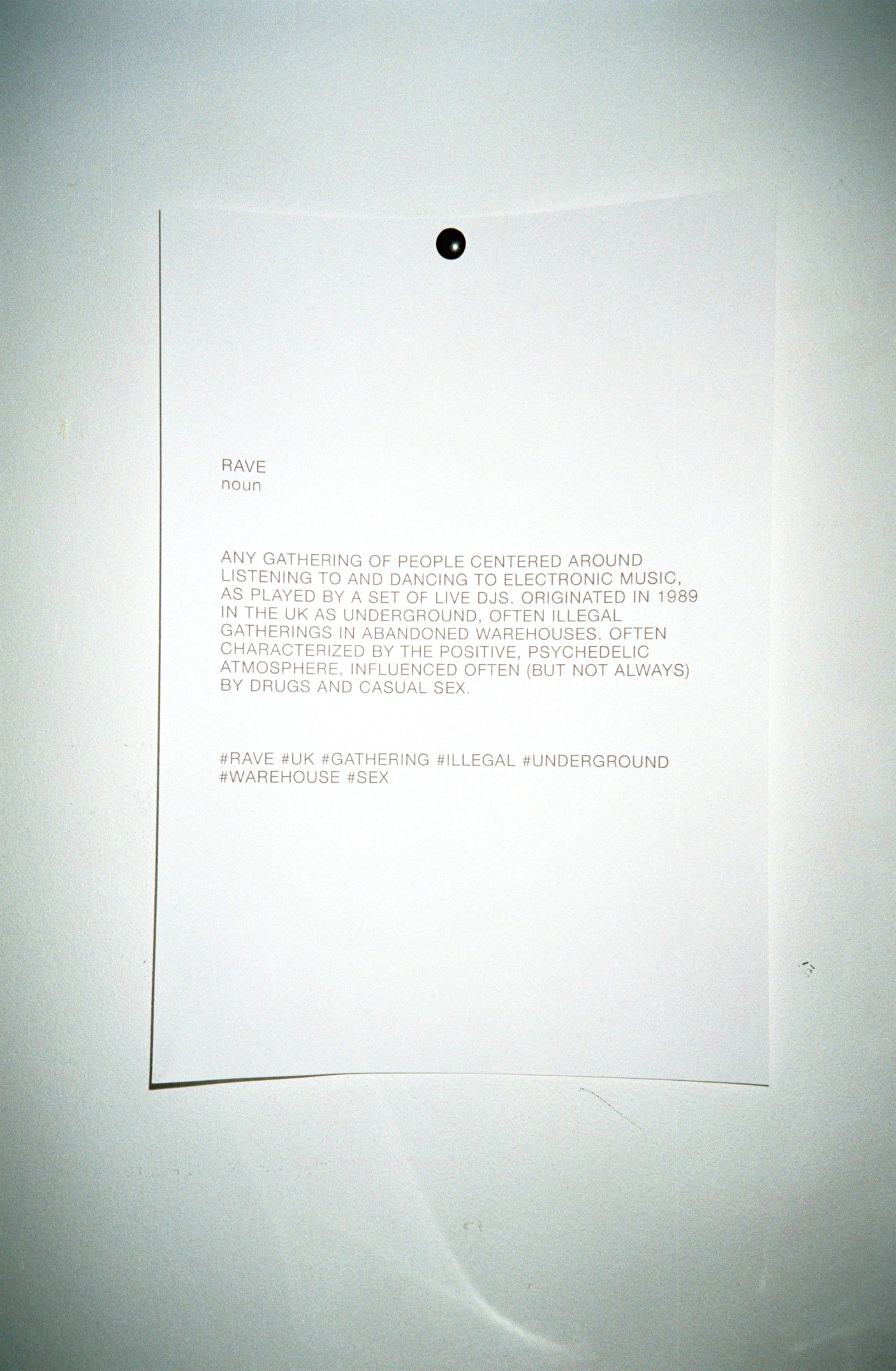 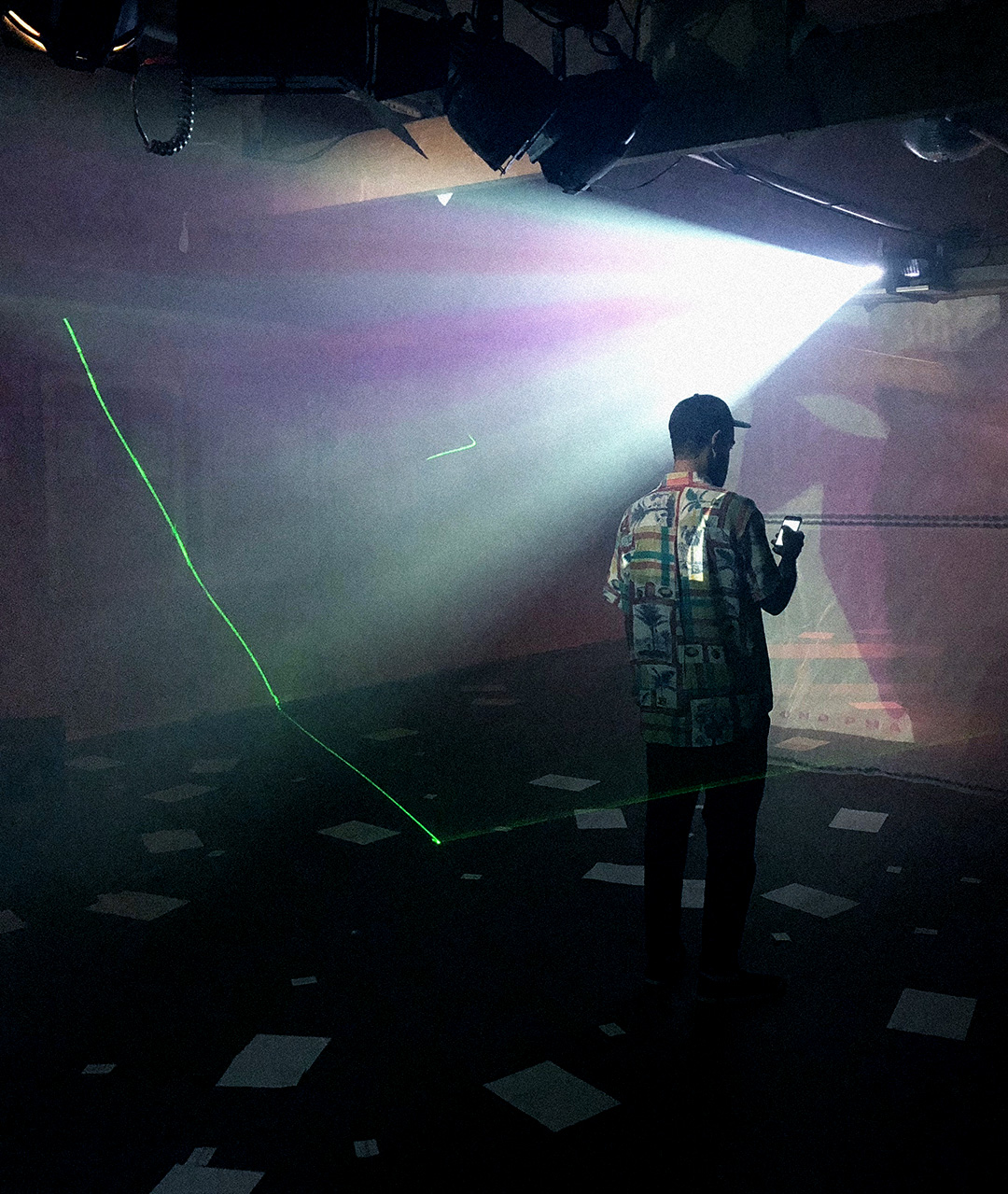 Crucial element in conveying the sentiment we were tapping into, was track selection, which had also been part of the extensive research. It was clear from the start, that the (RAVE LABEL) event should not be a tribute, not a funeral. Nor was it to be a retro party.

A selection was made of key, defining tracks from the early days of rave, which had maybe been forgotten; tracks that indicated the directions into which the music would travel later; and contemporary tracks that had a modern take on the sound and the original sentiment.

The (RAVE LABEL) event managed to connect rave’s origin with its present, which is alive and kicking. It was an undocumented, one time event, another fleeting moment in the story of rave. It lives on, only in the memories of the people that were there.