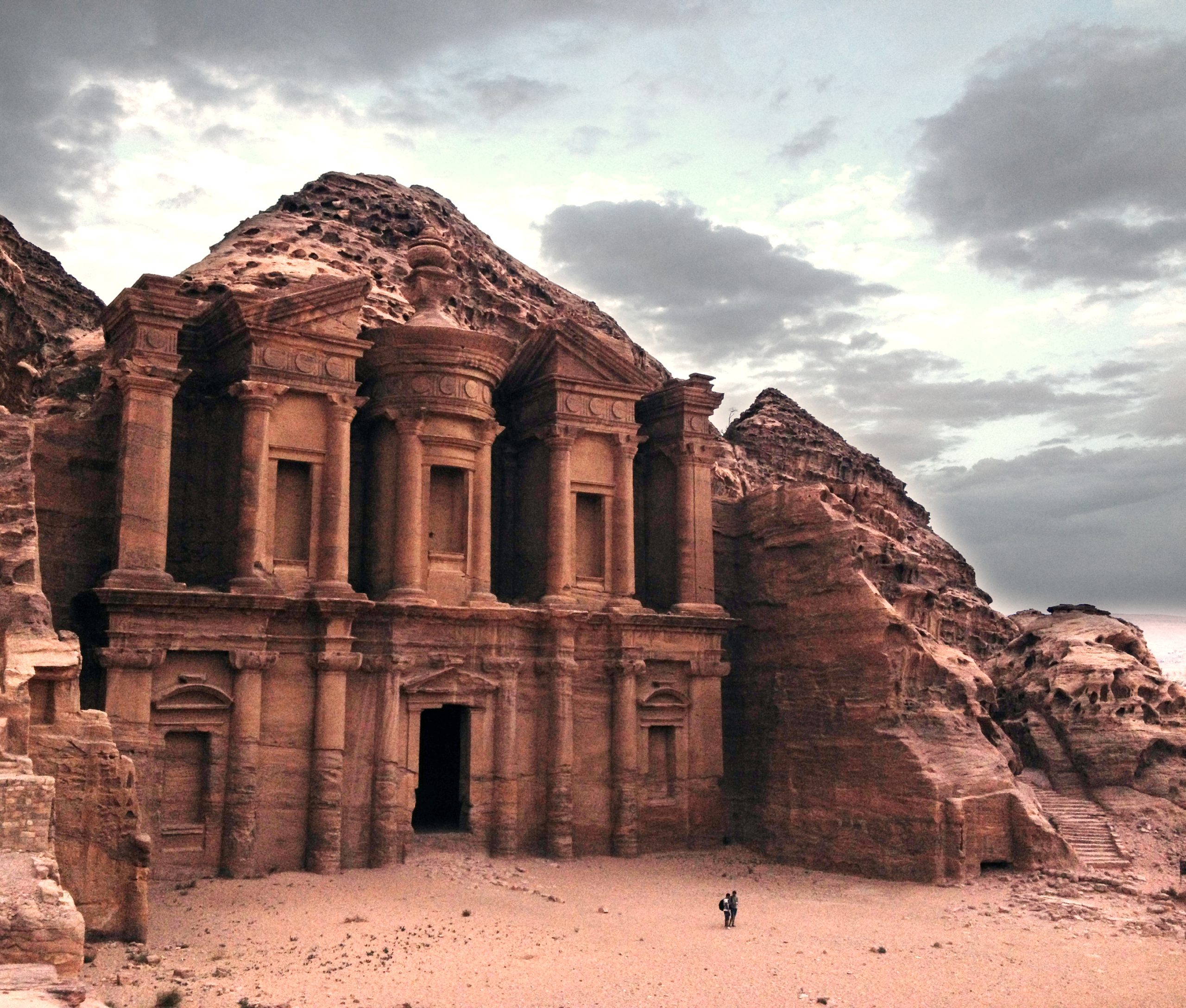 (Jordan, 2013) — We took a taxi from Akaba after having spent several days surfing in Tel Aviv. This was a definite change of scenery. On the way, we decided to buy some keffiyehs. Who knows why. Laurens and I had each got one with a red pattern. Bob went for black. After being dropped off, we proceeded on horseback to the historical site and entered through the Indiana Jones passage: El Sic.⁠⠀

After we spent the whole day exploring this amazing place, we wanted to see the El Deir monastery on the northwest hill. Meanwhile, evening was setting in. The people on the trail were coming down, while we were the only ones hiking up.

We reached the monastery just before dark. Laurens and I stood in sheer amazement. Bob quickly climbed up to a high point and snapped an epic picture of us standing as tiny specks in front of El Deir. We hiked back down in the dark, while the site was already closing. But that’s another story. 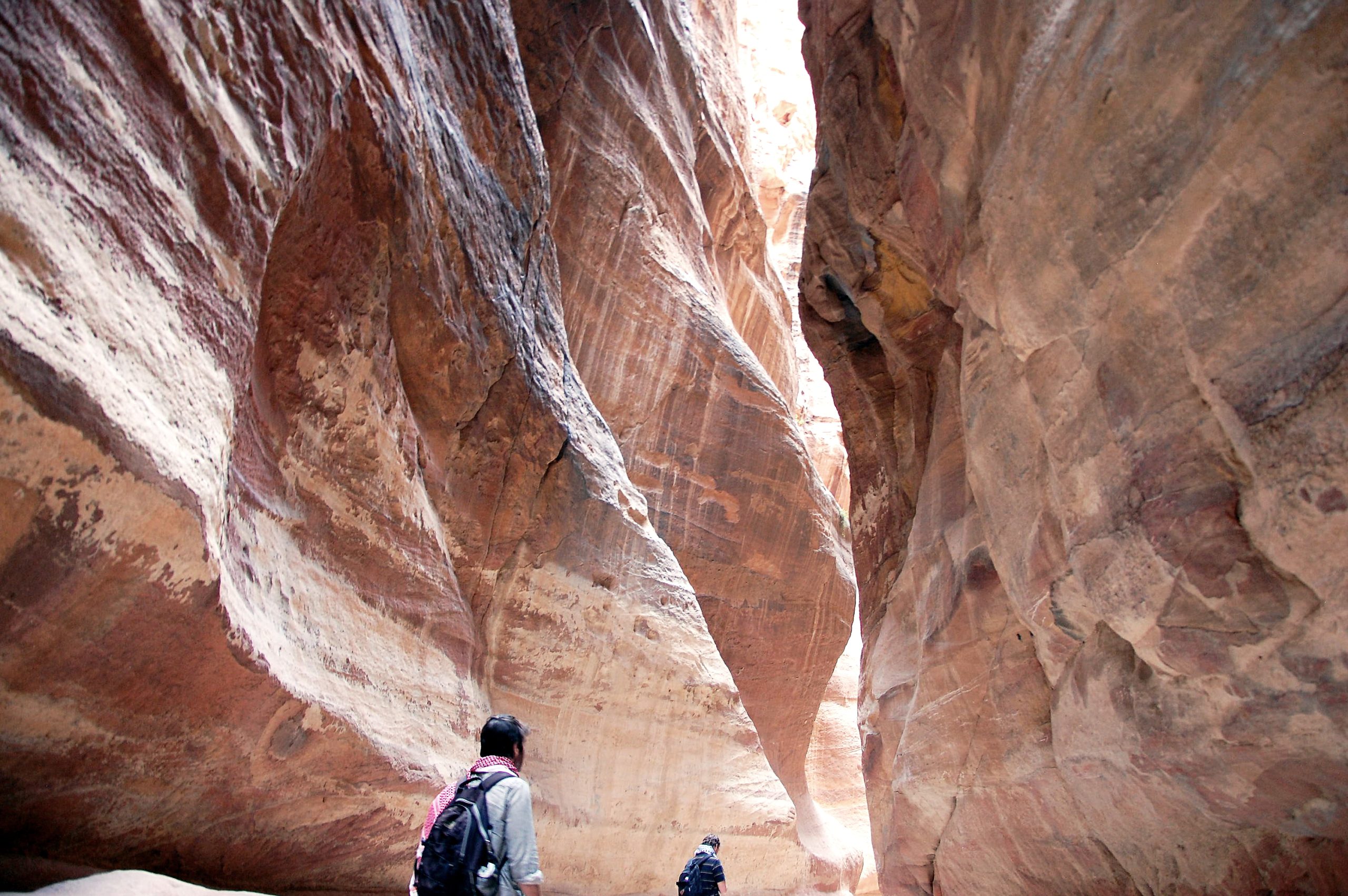 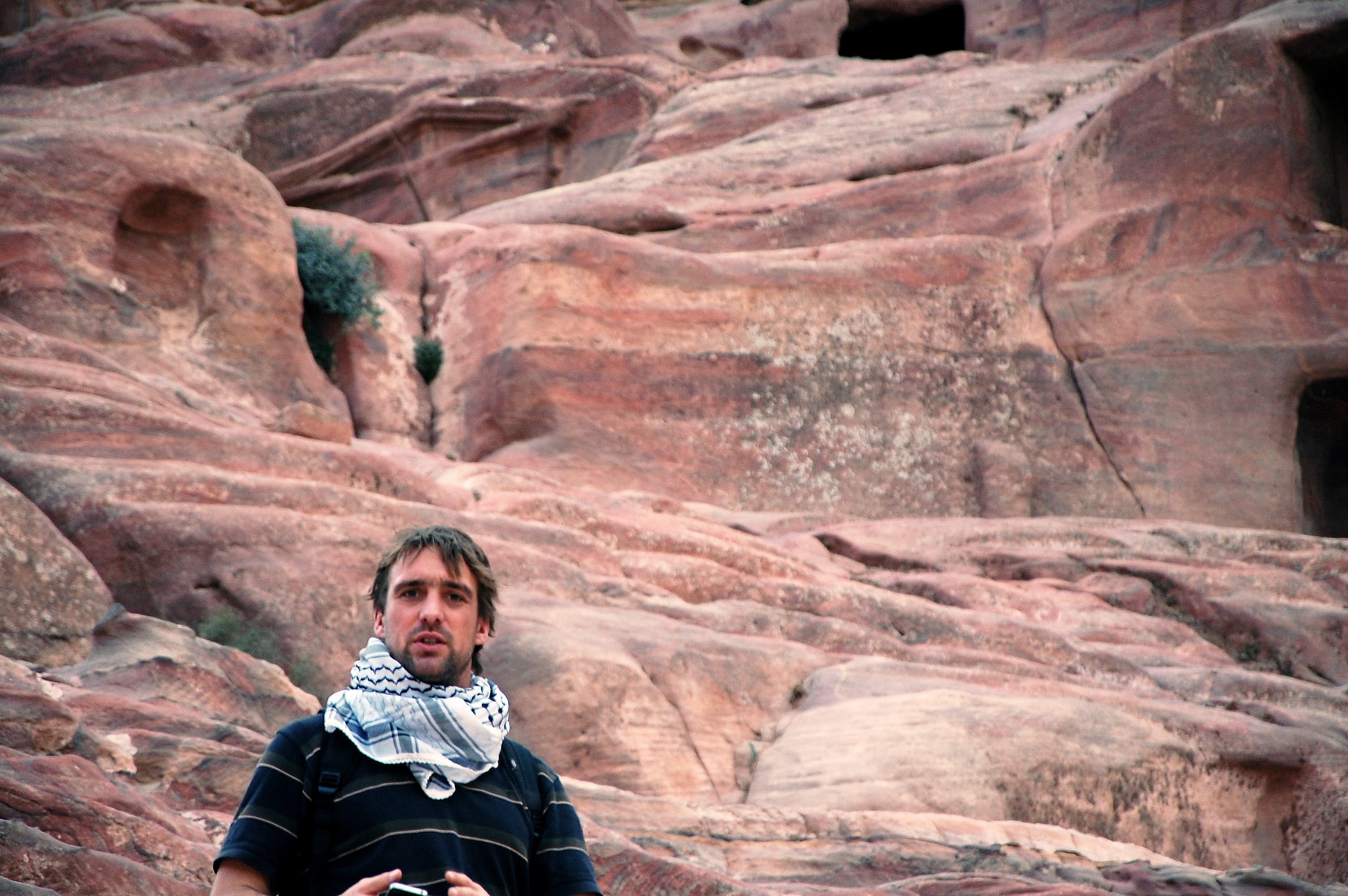 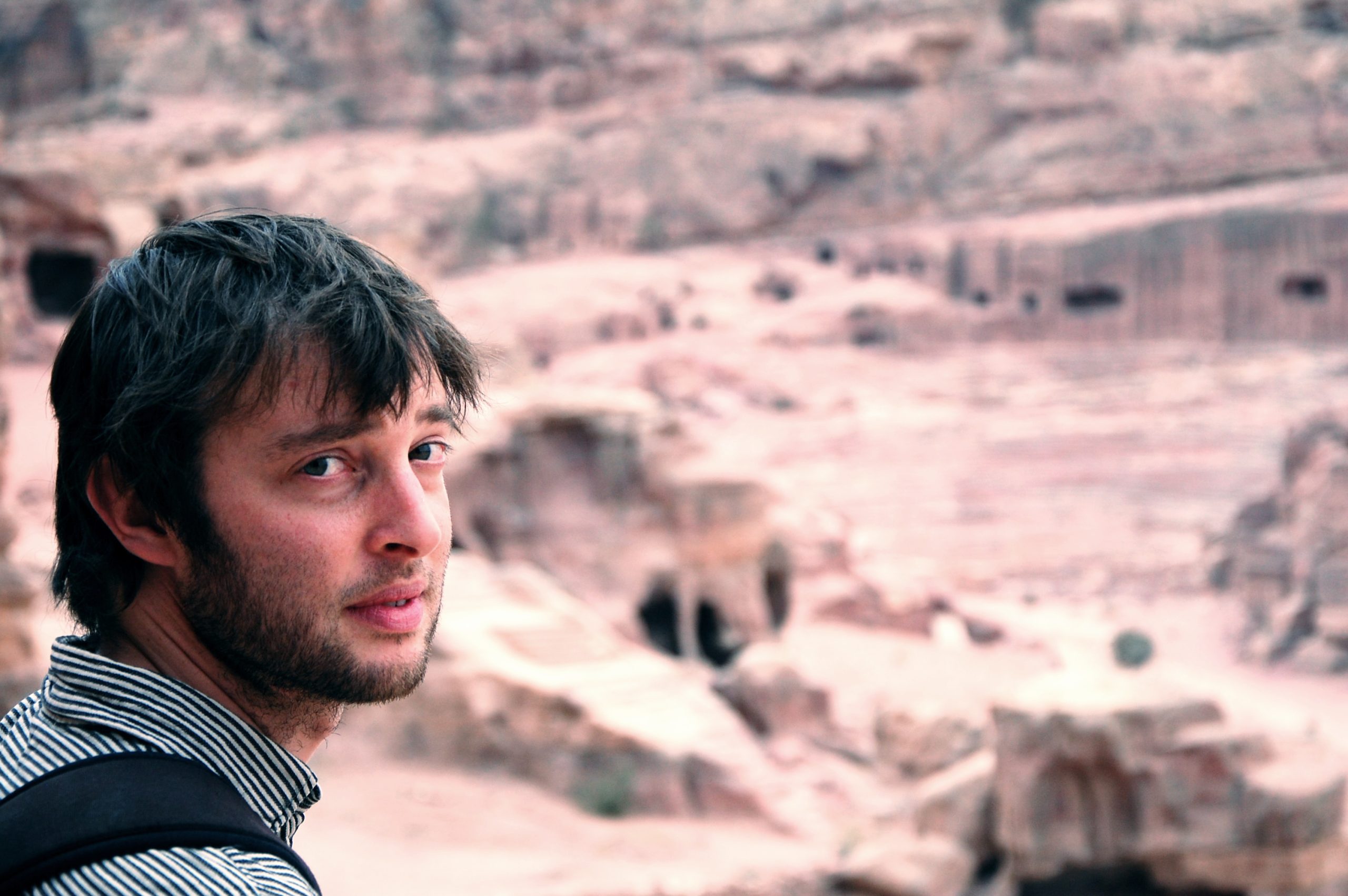