By the time the Indonesian War of Independence broke out in 1945, the different populations of the Indonesian archipelago had already endured the Dutch colonial presence for almost 350 years. In the 19th century, the Dutch had subjugated most of the native population and consolidated the many different islands into the colony known as the Dutch East Indies.

World War II meant that the Netherlands were occupied by Nazi Germany and the East Indies by Imperial Japan. In the occupation the Indonesian nationalist independence movement was catalyzed. When the Japanese were eventually defeated by the Allies, leaders of the movement proclaimed Indonesian independence. The newly liberated Dutch sent a military force to reoccupy and restore the Dutch East Indies.

The independence war that followed, lasted for 4 years, and saw the Indonesians maintain their independence. It also saw the Dutch develop a national trauma over the loss of its colony and over the conduct of its military.

For decades in the Netherlands, history lessons and public discourse have covered this colonial war euphemistically. The word ‘war’ was avoided, instead describing the conflict as ‘police actions’. In recent years the tide has been turning and more and more publications are re-examining the events that transpired during this conflict and its aftermath. And so, a new generation is looking into their own family histories. 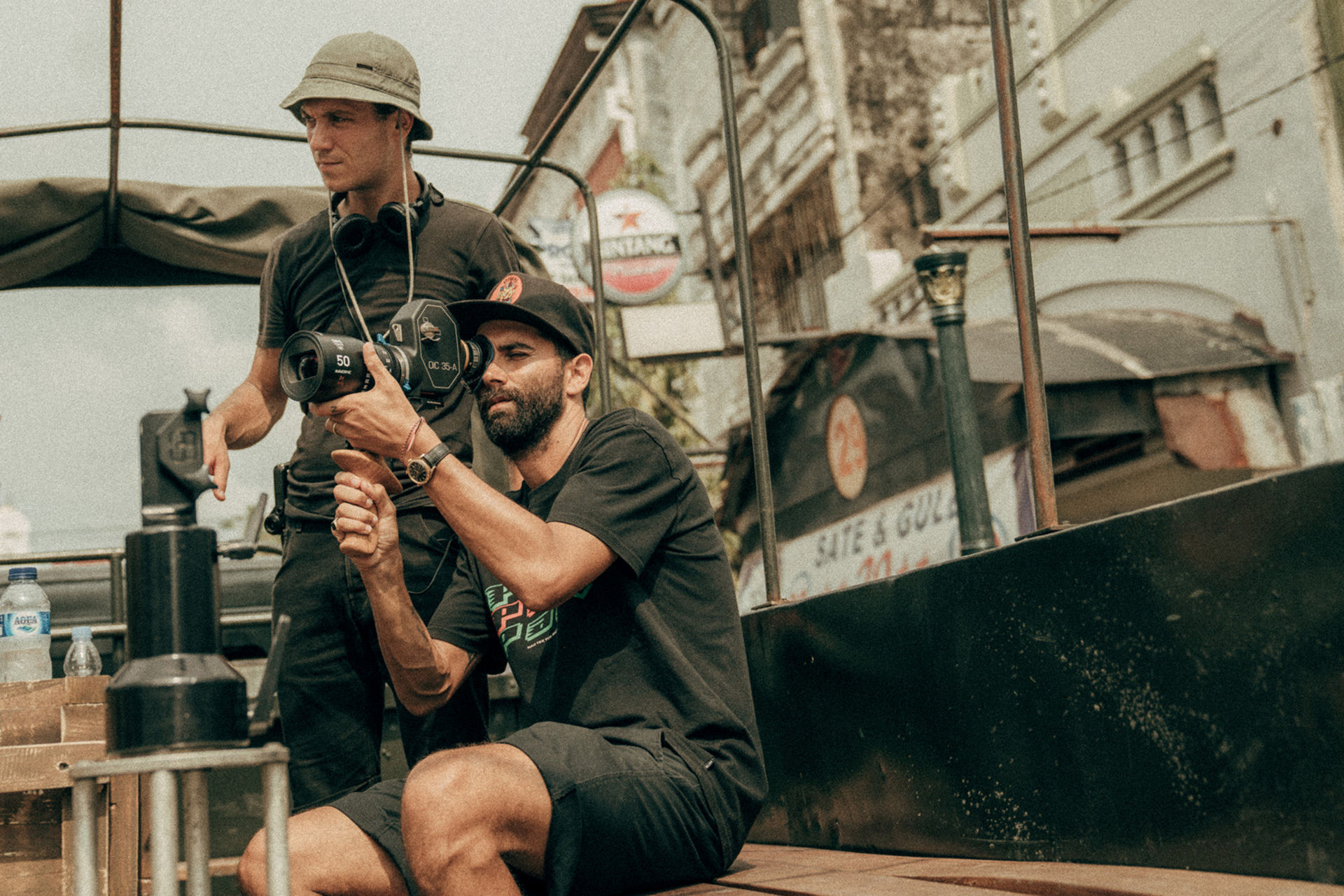 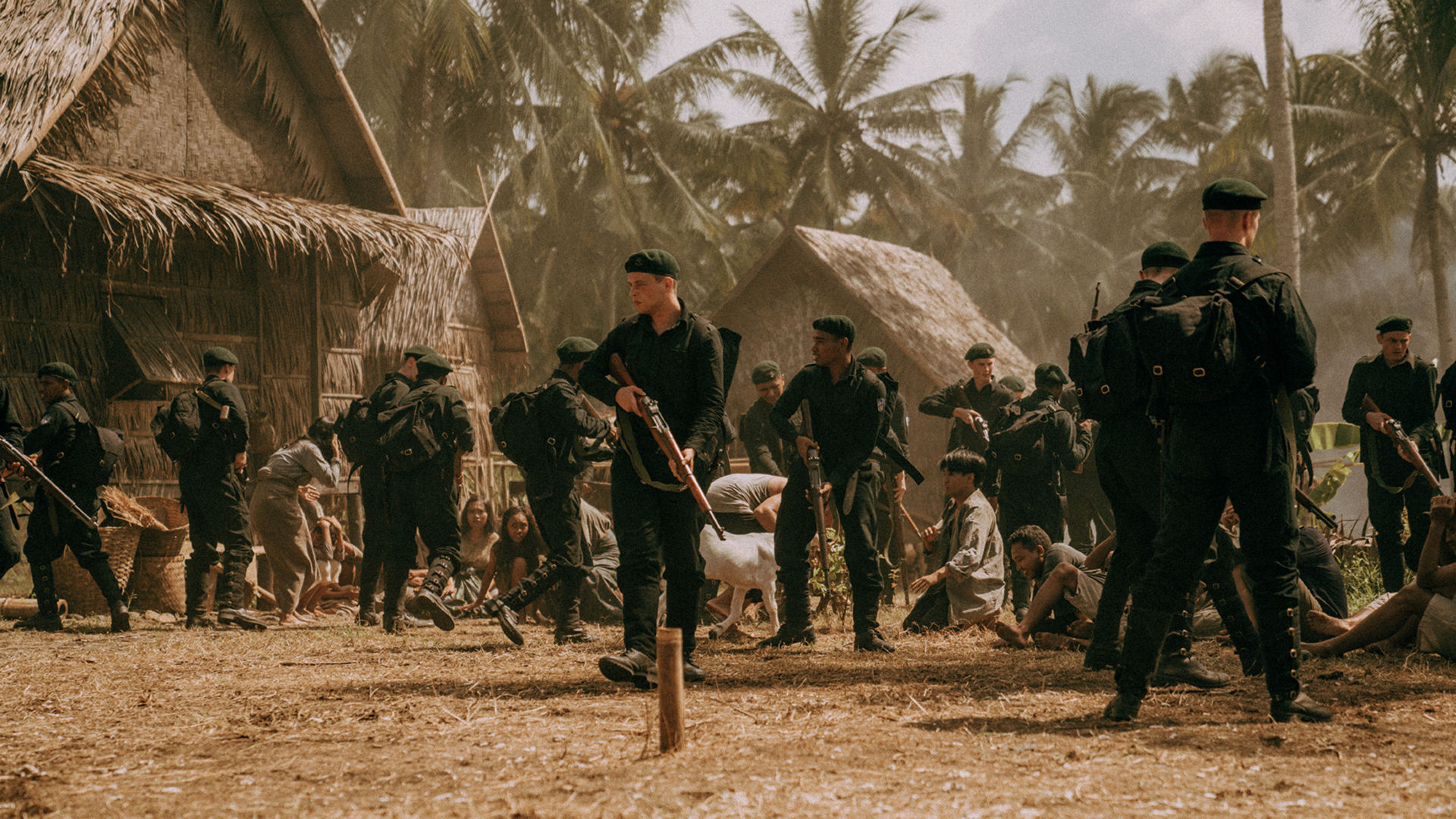 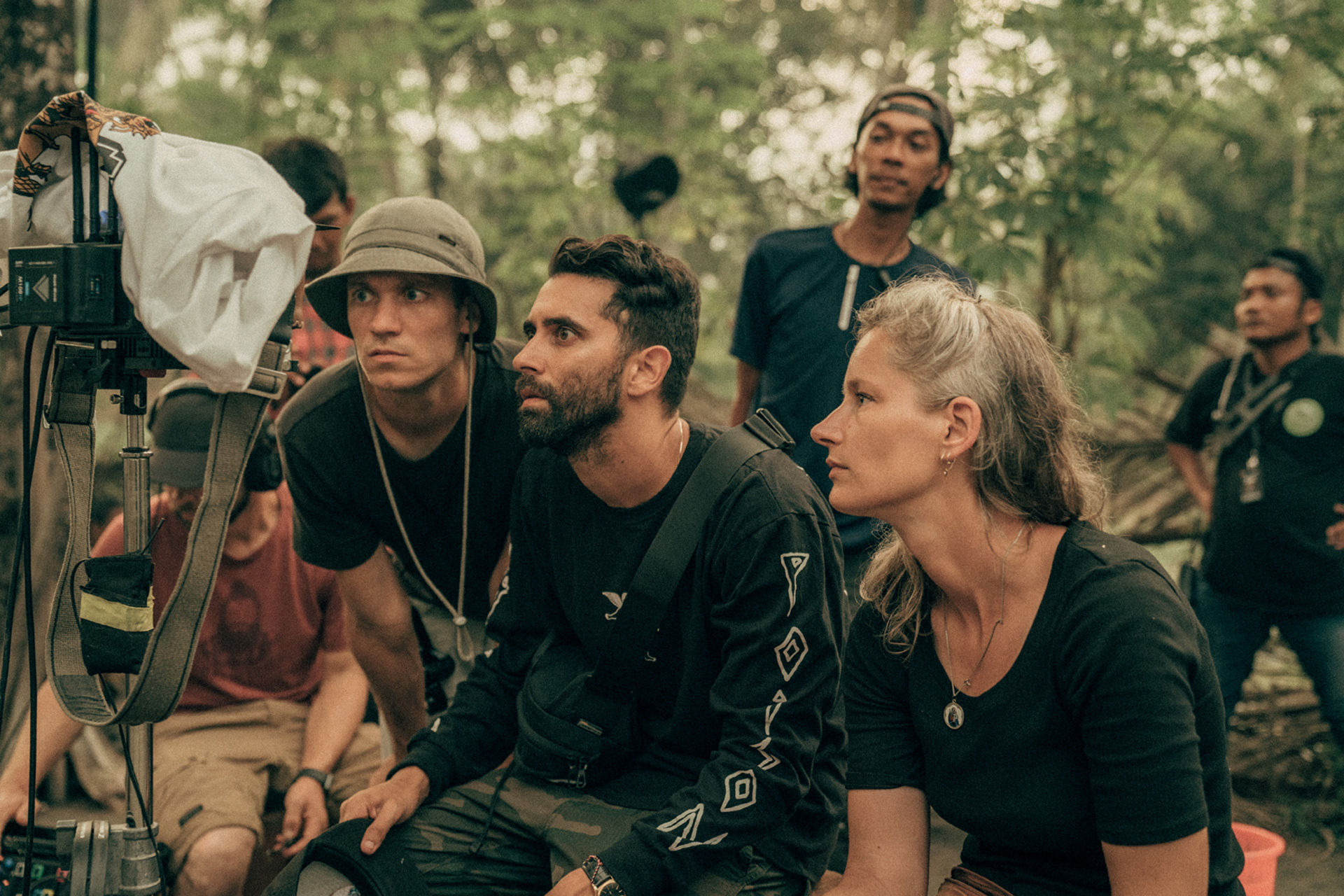 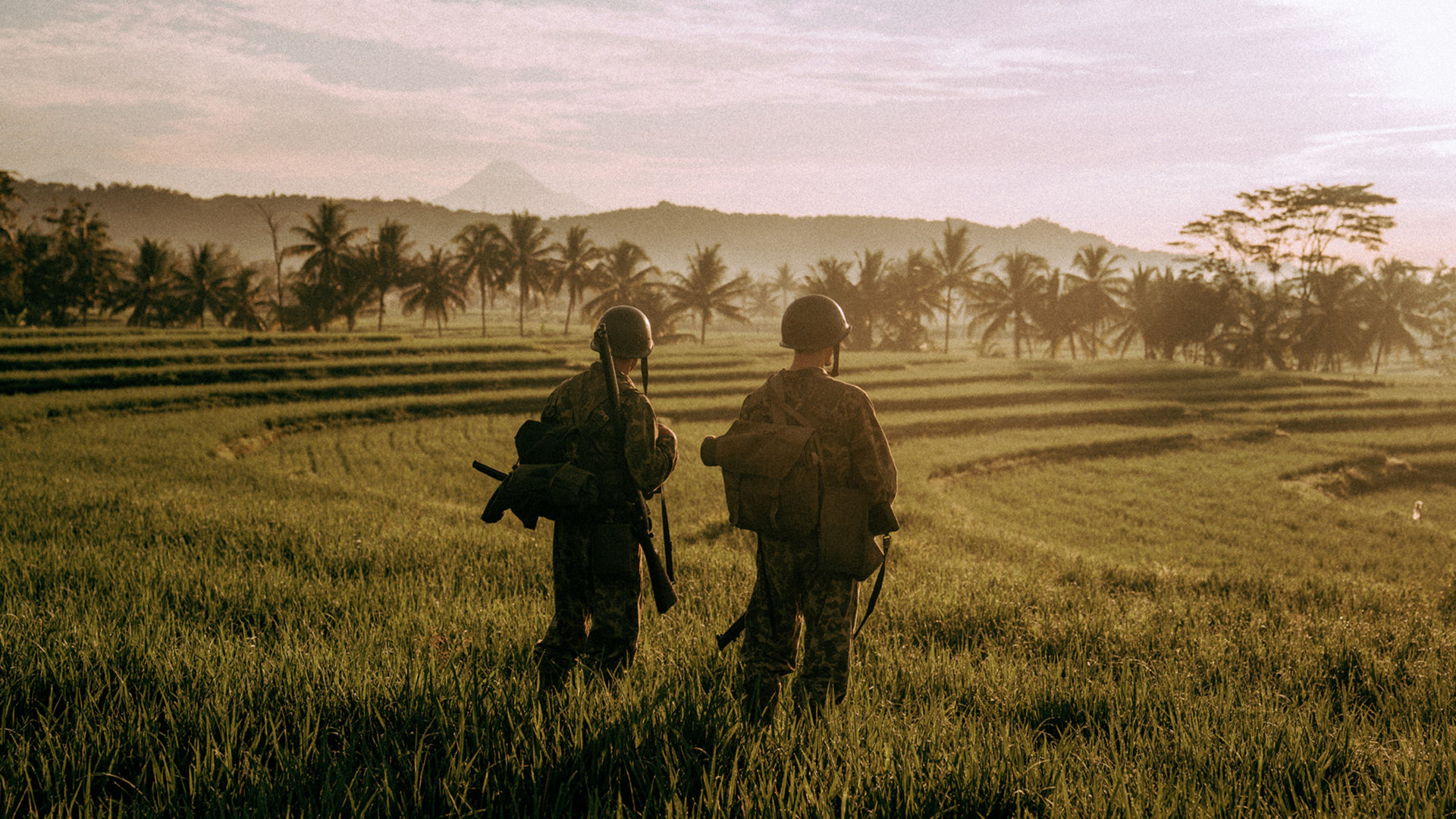 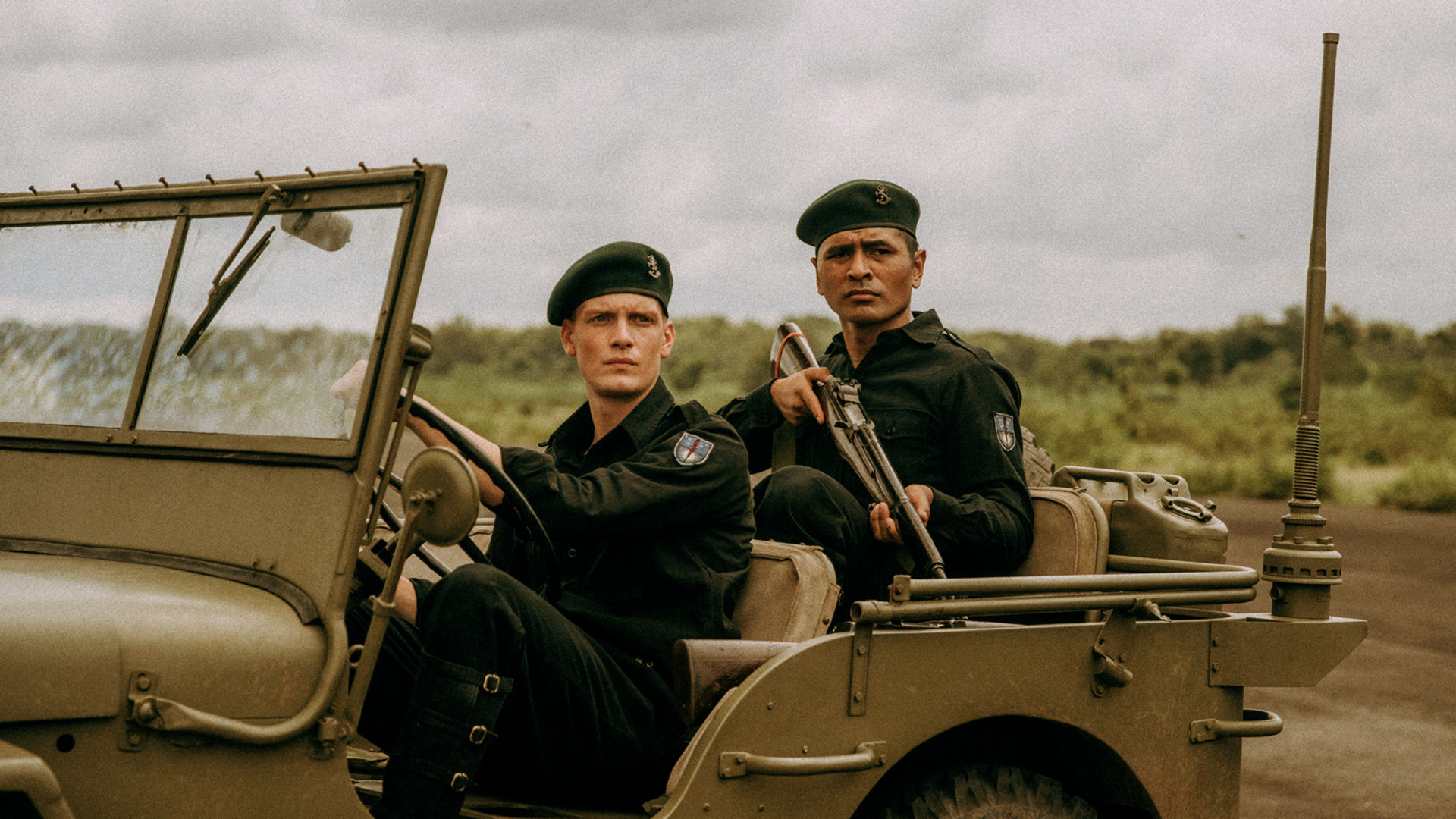 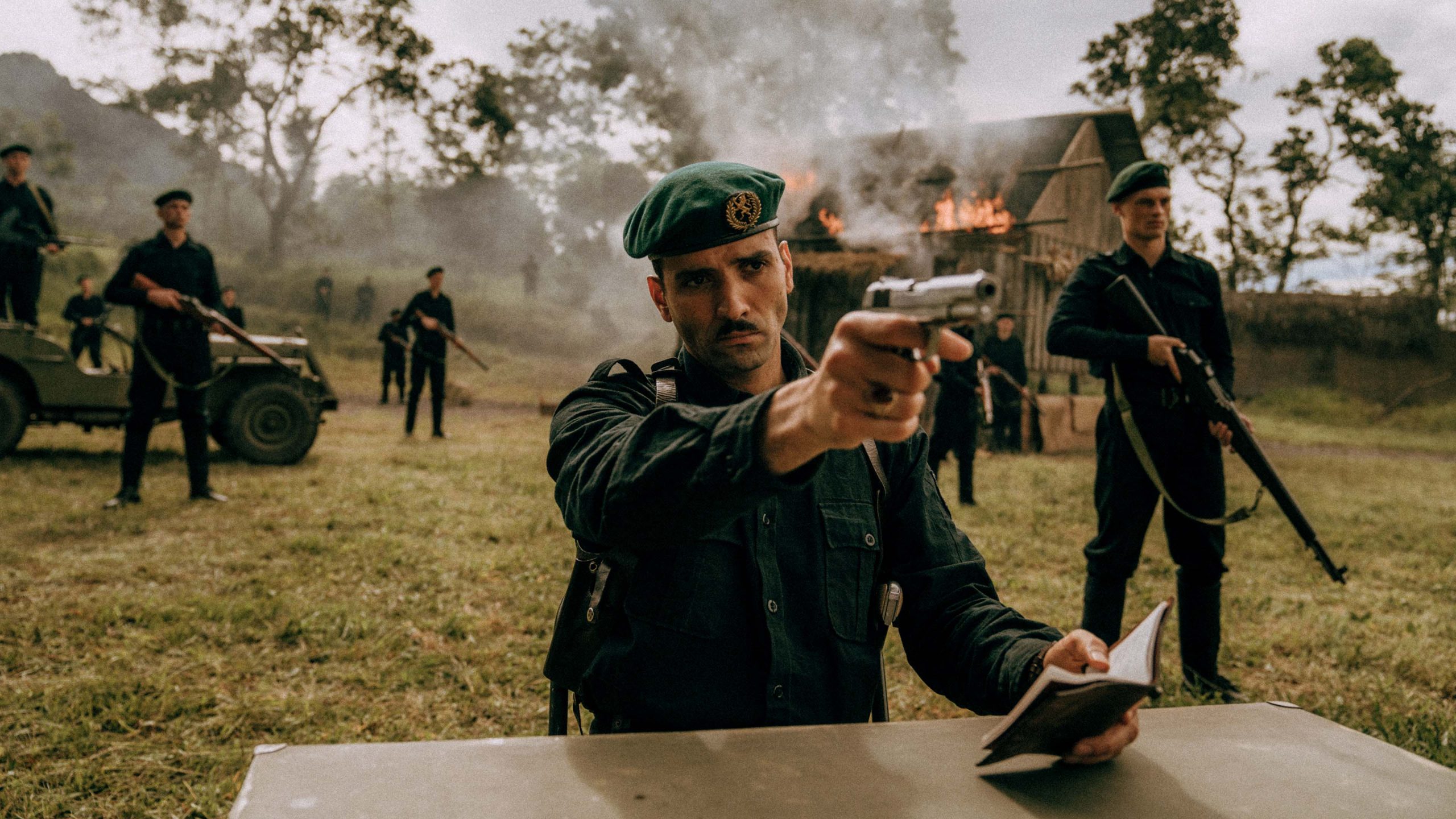 Director Jim Taihuttu explored the story of his great-grandfather, a Moluccan KNIL-soldier serving the Dutch crown during the Indonesian War of Independence. After the war, he was ordered by the Dutch government to travel to the Netherlands, where he was stripped of his rank as were his compatriots. Taihuttu was determined to tell this part of history that was barely taught in schools while he was growing up. His feature film about this history, De Oost (The East), was released in 2021 and produced by New Amsterdam Film Company.

De Oost takes place during the Indonesian War of Independence and tells the story of a young Dutch recruit named Johan (Martijn Lakemeier) who joins an elite army squad led by a man known as “The Turk” (Marwan Kenzari). As the fight against Indonesian freedom fighters becomes increasingly brutal under the helm of the infamous captain, Johan is forced to reconsider his beliefs to the point of complete disillusionment. This is the first film of its kind, telling an untold story based on true events that touched the lives of millions of Dutch people.

The amount of interesting archival material that came out of the research for the film, prompted producer New Amsterdam Film Company to approach Hyper Epic. What relevant and impactful project could be produced with this material to be released alongside the film? The case Hyper Epic made was a context campaign aimed at highlighting the many different perspectives on this history, which resulted in De Wereld van de Oost (the world of De Oost), developed with Christoph van Veghel and Ariadne Asimakopoulos.

Whilst the film tells the concise story of a young Dutch recruit in the ‘colonial’ army, this has also been the ‘default’ perspective in the telling of this history in the Netherlands. The context campaign therefore aimed to add more diverse perspectives from other groups like the local civilian population, the Indonesian freedom fighters, the Dutch authorities and the Moluccan soldiers that fought on the Dutch side. Each of the perspectives was explored through characters from the film itself. The perspective are central to a dedicated website for De Wereld van de Oost and the main framework for exploring the rich content of the context campaign.

The content for De Wereld van de Oost was created by combining various several elements. Besides clips and photographs from the feature film, fictional primary sources about the main characters’ experiences during the conflict were written by Ariadne Asimakopoulos and Lyangelo Vasquez.

As part of the research, countless archives were combed out for material to visually enrich a wealth of articles and stories to provide historical background, written by Jazzy Taihuttu, Edward Liddiard, Ariadne Asimakopoulos and Lyangelo Vasquez. Interviews with cast and crew were filmed by Julius Ponten and Lyangelo Vasquez, illustrating how many of the people involved had a personal family connection with this history. Web design and programming were done with Sander de Vogel. 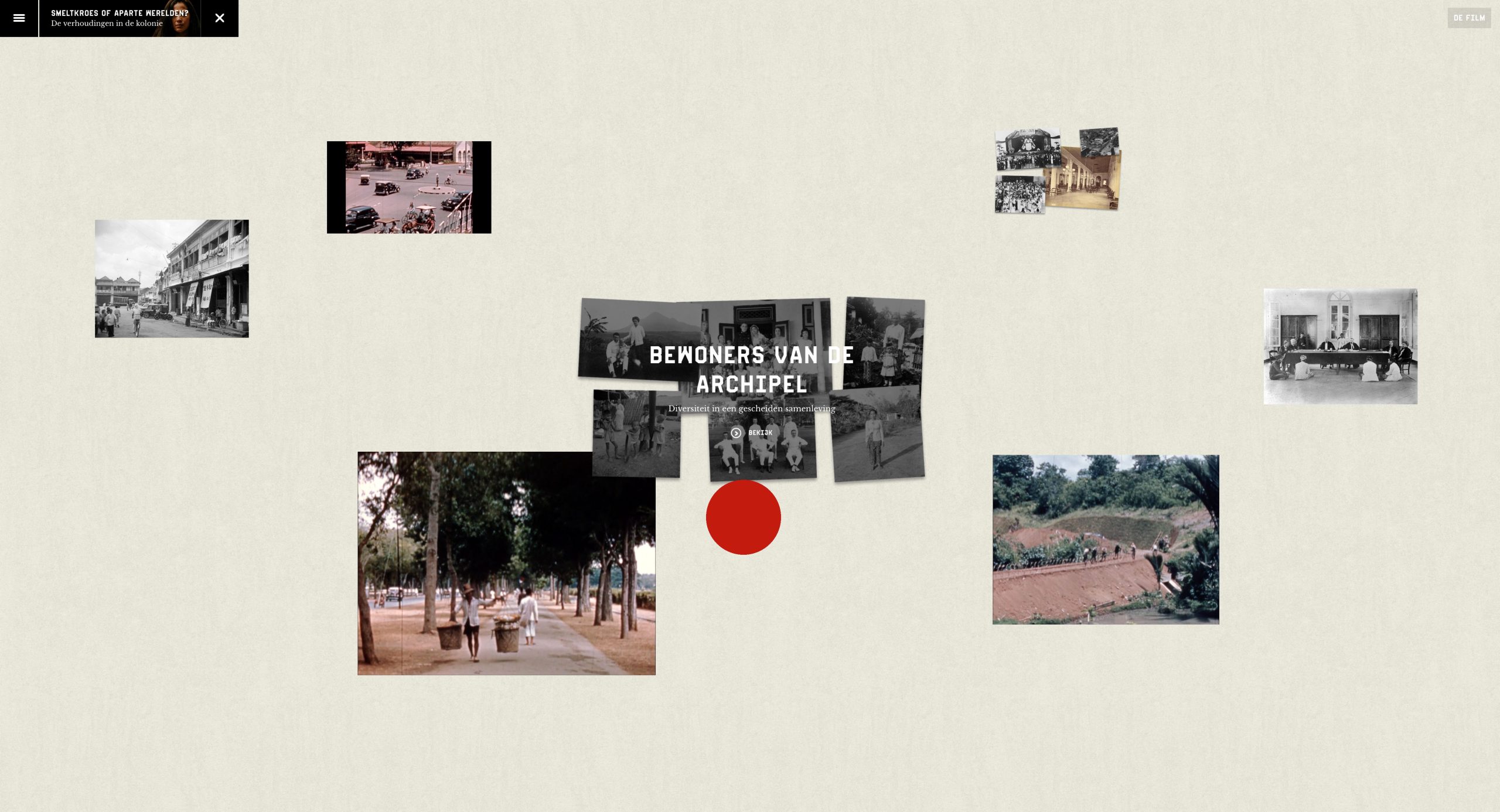 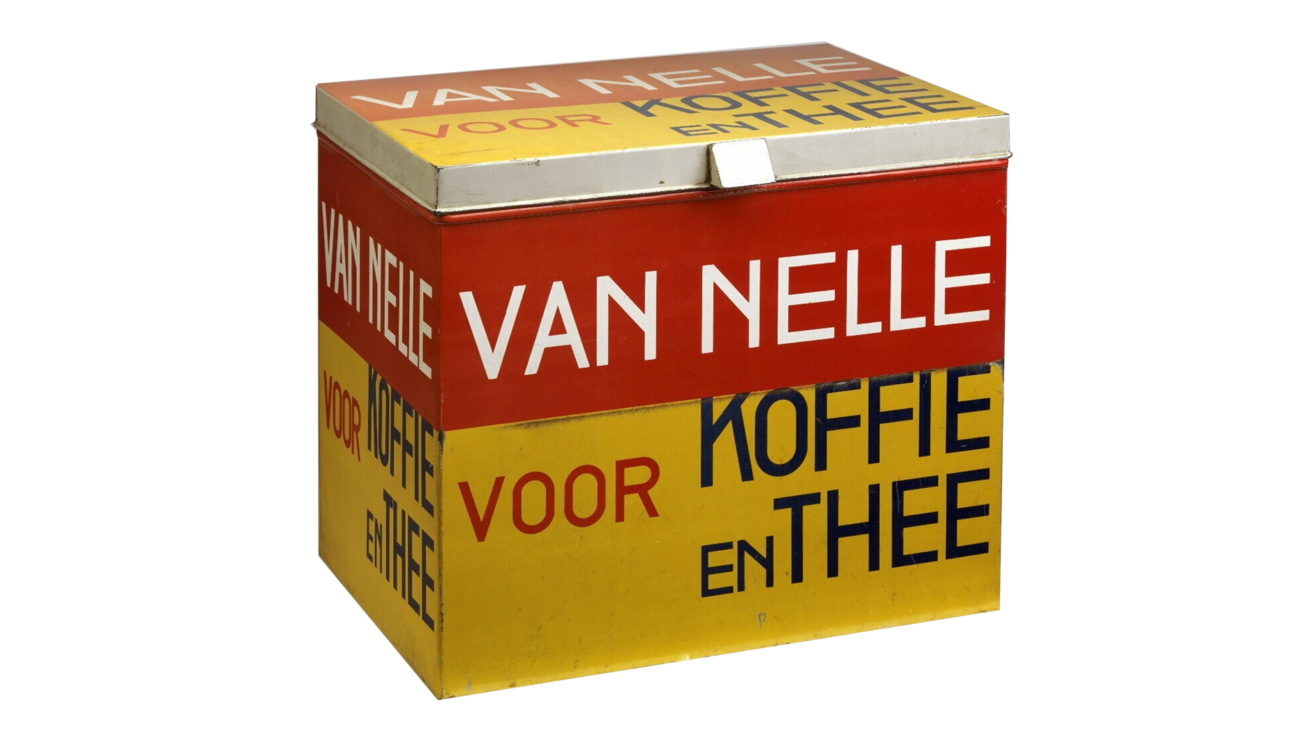 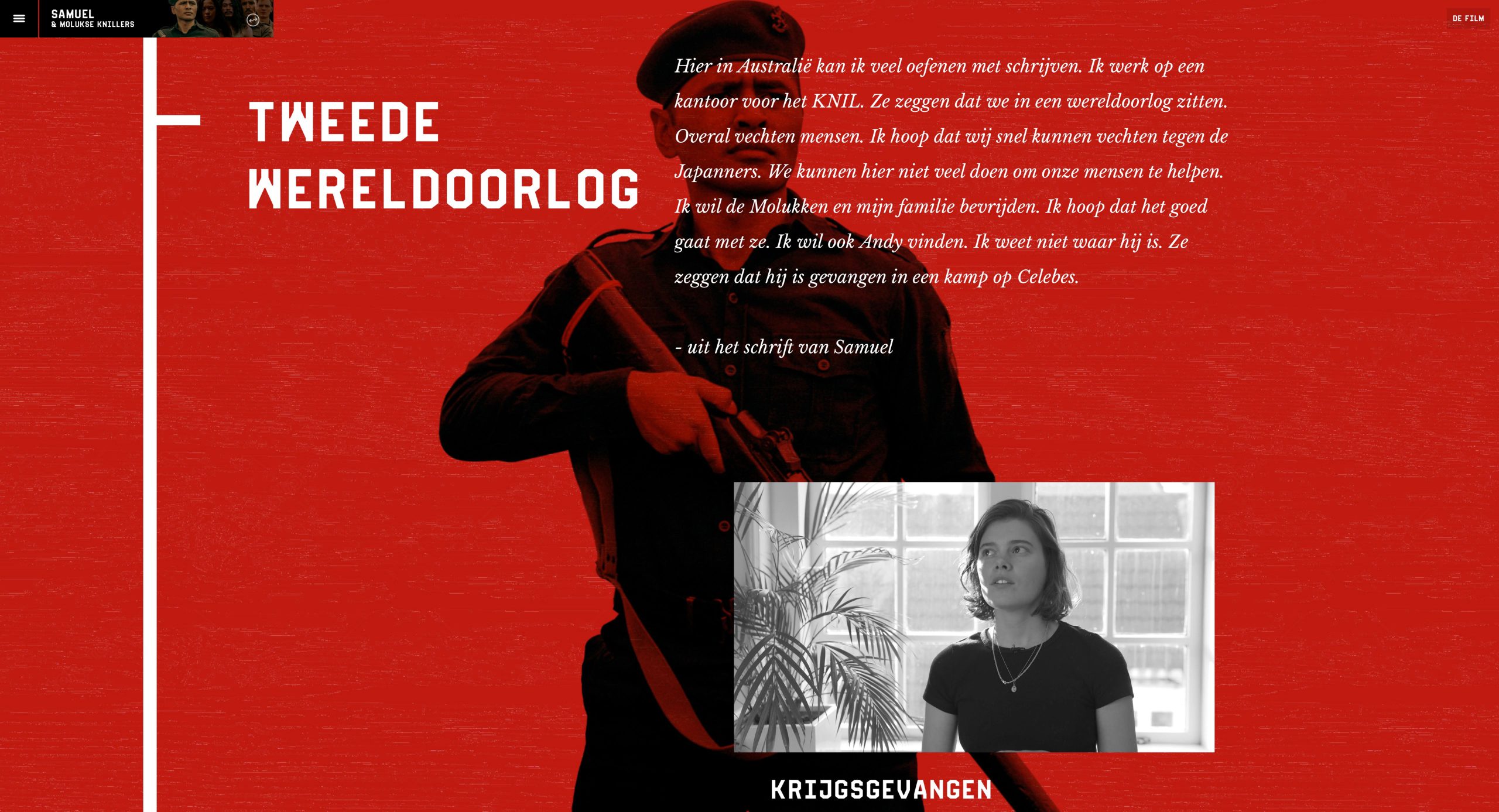 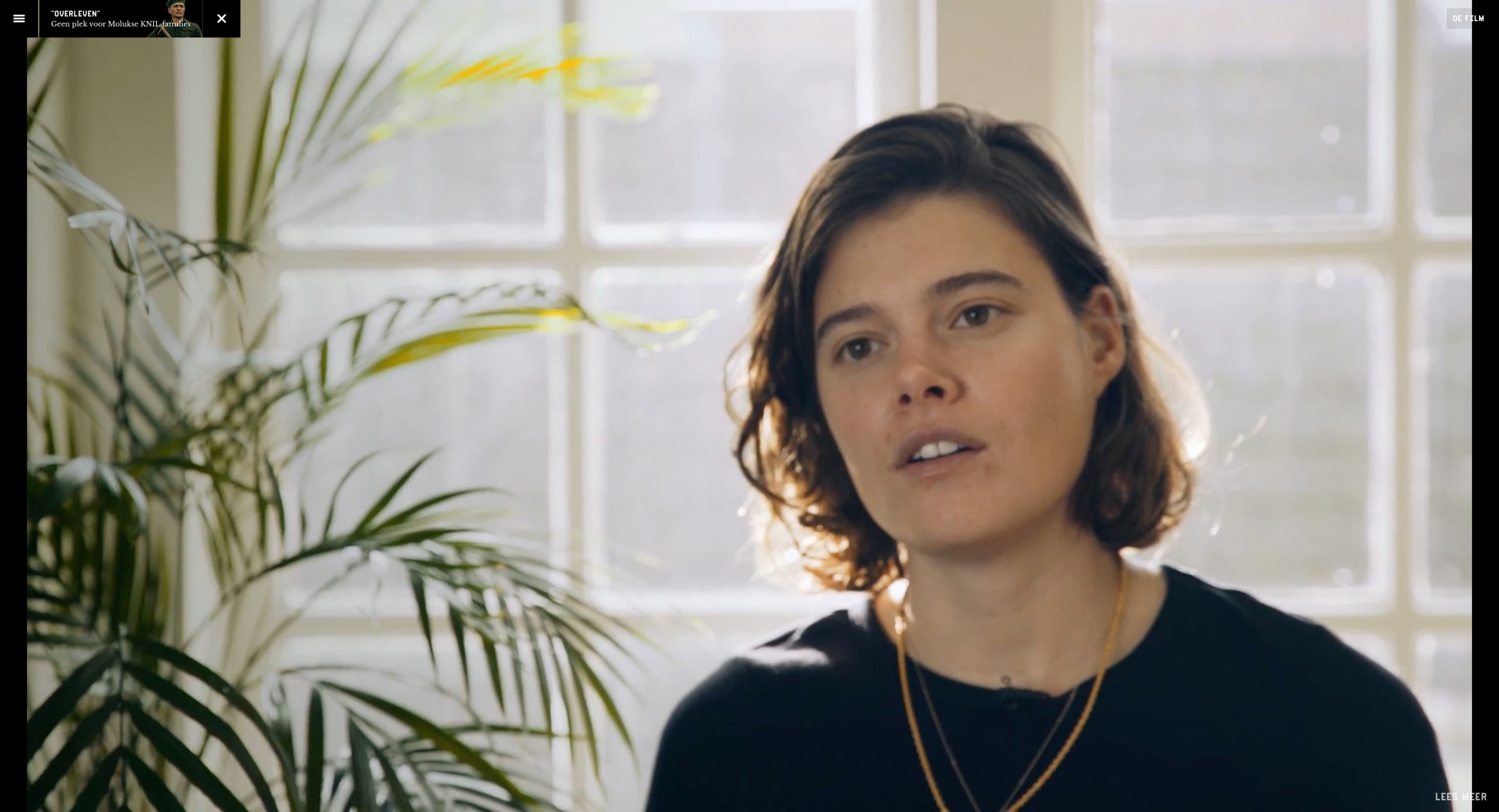